Dorset Devils first talk in front of a live audience!

Well, the day had finally arrived when Dorset Devils (DD) would get the chance to speak to an audience- fellow residents of East Cliff, Bournemouth. 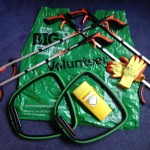 I arrived 2 hours in advance to secure table space inside the room and at the entrance to the hall to display all my LP paraphernalia and exhibits to capture my audience.

The hotel is just 300 yards from my home and I needed 3 trips to deliver everything by foot and trolley. LitterAction cards were placed on 50% of the seats in the room. I had jars filled with small plastics picked up off the beach just a few days earlier so people could see what they don’t see beside the seaside. Everything got a spin in our dish washer and was surgically cleaned!

Let’s just say news of our very first official appearance had our audience standing in the aisles (90 chairs all occupied) and entrance to the hall for nearly 2 hours! In total we had 110 people there which included 6 Councillors and 2 MPs.

After 90 minutes sitting still, finally my turn to speak arrived. Scanning my audience after all the preparations and homework I had undertaken, I realised my written script needed radical alteration to tailor it to my audience who were generally not in the first flush of youth, if you know what I mean.

I stood up and started to speak but I was recommended I use the microphone, which I declined, but then some of my audience could not hear me! I moved to the middle of the room and spoke louder. Well, let’s say after I talked the talk I received the biggest applause of the day – not difficult after Councillors and MPs speaking but it was very satisfying.

Our Ward Councillor and his wife stated they appreciated our efforts in the community (just 5 in our group then) and were inspired by what we are trying to achieve.

On reflection, I should have recognised my audience better and ripped up my prepared speech, relaxed and spoken off the cuff like those on the head table. I did not fully get across the fun and satisfaction we, as DD, get being out there and engaging with Joe Public. This was my first effort speaking about Dorset Devils and the litter issue in front of an audience and given time I will get better I am sure. My colleague and I could simply have done a double act with our LPs and gloves in a comedy sketch maybe. This might have worked better and been more fun. 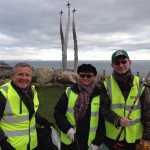 Finally my ordeal was over. I like speaking to people a lot but not a captured audience like this. Yes, we made new contacts and yes, our local residents who turned up to the meeting to air their views on different subjects, got to hear about DD. We gained interest in what we are trying to do in the area and 2 people indicated they would consider joining up.  I received a firm promise from our councillors they would join us on a future beach clean, which I am pleased to say they did. 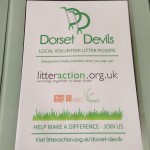 A  well deserved drink or three of something cool was then ready for me at the bar!

This entry was posted on Tuesday, May 26th, 2015 at 3:36 pm and is filed under all posts. You can follow any comments to this entry through the RSS 2.0 feed. You can leave a comment, or trackback from your own site.